Funding for comercialization of R&D results

18 startups have received funding for commercialization of R&D results

More than forty teams from science and education institutions participated at the contest in 2014, and their projects evaluated by experts and discussed by High Tech Council, comprising famous representatives of Lithuanian science and business.

After the two steps of the selection process, our company "Pažangūs pozicionavimo sprendimai" has received public funding for the project “Precizion positioning system (ADPOS)”.  Award with a cheque for seventy thousand Litas was given to us by Vice-Minister of Education and Science of Lithuania S. Kauzoniene on August 1st, 2014.

More about it on http://www.smm.lt/web/lt/pranesimai_spaudai/18-startuoliu-iteikti-iki-70-tukst-litu-paramos-cekiai-verslo-pradziai (in Lithuanian). 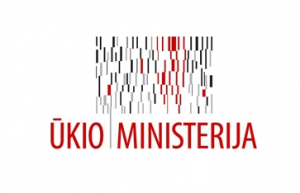